Storyhunt: Uncover the EU - The Weekend

The Storyhunt: Uncover the EU was a weekend-long journalism workshop hosted by the Open Knowledge Foundation Germany’s teams of Datenschule and OpenBudgets.eu. Together with journalists, analysts, non-profit organizations, developers and designers we dove into EU financial data provided by subsidystories.eu.

The aim of the weekend was to provide participants with the tools and opportunities for mutual learning on how to find leads in financial and EU data. The result of the weekend has exceeded our expectations. The three teams found concrete leads for further research around EU subsidies and will continue their investigation in a cross-border collaboration.

The weekend was structured following our main data-analysis methodology tool: the data pipeline. The data pipeline describes the different stages of a data-driven project: Asking the Question, Finding and Getting the Data, Cleaning, Verifying, Analysing, and Presenting. Not to be neglected is stage 0: finding your team and picking a topic.

To help the participants select a topic, we started with interactive expert sessions on data journalism projects on the EU’s financial system. Stefan Wehrmeyer focused on the farmsubsidy project and how it helped foster thorough investigations into the EU’s agricultural and pollution policies. Brigitte Alfter stressed the importance of cross-border journalistic collaboration, because national coverage alone does not raise significant attention in covering EU policies. 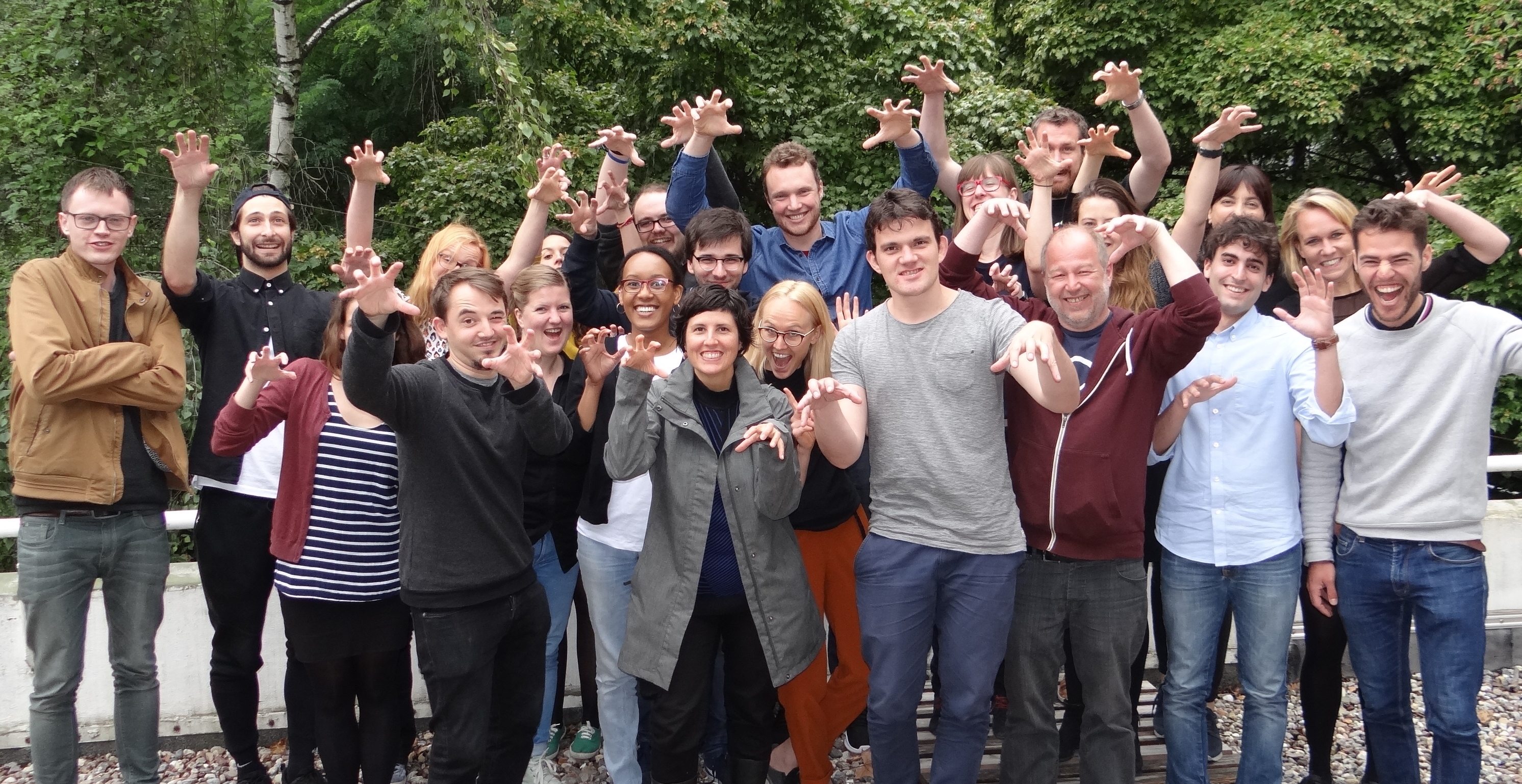 In order to prepare balanced interdisciplinary teams, the participants analysed their own skill set using a character sheets explaining their skills around design, programming, and storytelling to one another.

After being introduced to the topic of EU structural funds, participants were asked to provide their hunches and hypotheses on what they thought could be found in the subsidy data. The hunches were then condensed to a small set of research ideas and started focusing on the challenges ahead. The participants formed three teams focusing on different topics such as large infrastructure projects in the EU, namely the A1 highway in Poland, (non-european) pharma companies and the EU subsidies they receive and land-grabbing and farm subsidies in Romania.

The teams worked together throughout the weekend, the different skill sets encouraged peer-to-peer learning and teams tackled hurdle after hurdle. The key to the weekend was learning to navigate the obstacles of a data driven projects, such as data quality issues, standardisation and normalisation, and contextualising analysis and findings. The teams kept pressing on with their research and discovered an array of interesting facts, where EU policies might have gone awry.

The deregulation of land ownership in Romania for example led to extensive land grabbing by foreign companies. Some of those were also subsidised by the EU’s agricultural policies. Similarly, analysing a list of pharmaceutical companies that were sanctioned by the EU and comparing it with the subsidy data, showed that some of the same companies received EU funding via the structural funds. Furthermore, infrastructure projects are a major recipient of the ESIFunds and follow an obscure structure where overarching institutions often receive the funding. In Poland for example the General Directorate for National Roads and Motorways received 12.6 billion Euros of total polish ESIF funding (16%) in 2007-2013.

Major learnings from the weekend were: “patience is key to any kind of data investigation”, “do not fall in love with your first hunches, but be flexible with your ideas and what the data gives you”. Working in the teams and reflecting on the work helped to revisit the initial hypothesis and take the necessary u-turns when the first hunch was a dead end.

The Datenschule and the OpenBudgets.eu team were thrilled with the innovative and collaborative spirit that the participants displayed during the weekend. The story does not end here, and we have established channels for further collaboration between the participants which should lead to more insights in the future. For everyone that missed out on the Storyhunt, we are planning to host further events in the future.