The challenges of participatory budgeting 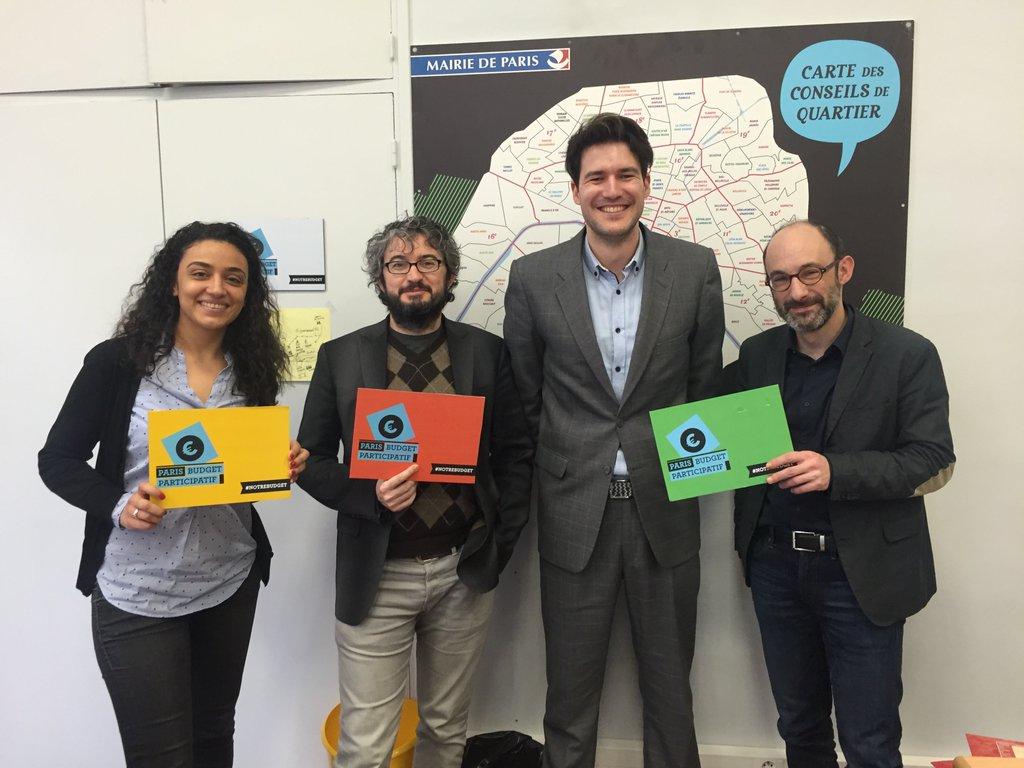 Najätte Assila (left) and Ari Brodach (right) from the City of Paris, with David Cabo and Amir Campos from Civio

The OpenBudgets.eu project involves the creation of an open-source financial transparency platform to facilitate the engagement of citizens and stakeholders in the pre- and post budget decision-making process. In the assessment report about use-case scenarios for participatory budgeting (participatory budgeting) - available here - OpenBudgets consortium member Civio collected and studied the specific needs of different stakeholders (local, regional and national administrations; experts, CSO’s and citizens as end users). This report represents a crucial stage to later conduct large-scale trials around participatory budgeting processes.

Parisian participatory budget attempts are currently the biggest in Europe in terms of budget allocation. The city has tested PB twice, with over 300 civil servants involved and supporting the process. Since the first attempt in 2014, the city has changed the way the money is being allocated, assigning more resources towards the districts that need them the most. Last year Parisians submitted a total of 5.115 ideas. Towards the next round, enhancing the quality of the proposals over the quantity is one of the priorities declared by the team responsible of coordinating the process.

These interviews confirmed that simplicity is important. During the previous round of participatory budgeting, Paris created one site to submit and gather ideas from citizens, and a different website to vote. The complexities that followed from this decision led them to consolidate all the process in a single platform at their next opportunity. 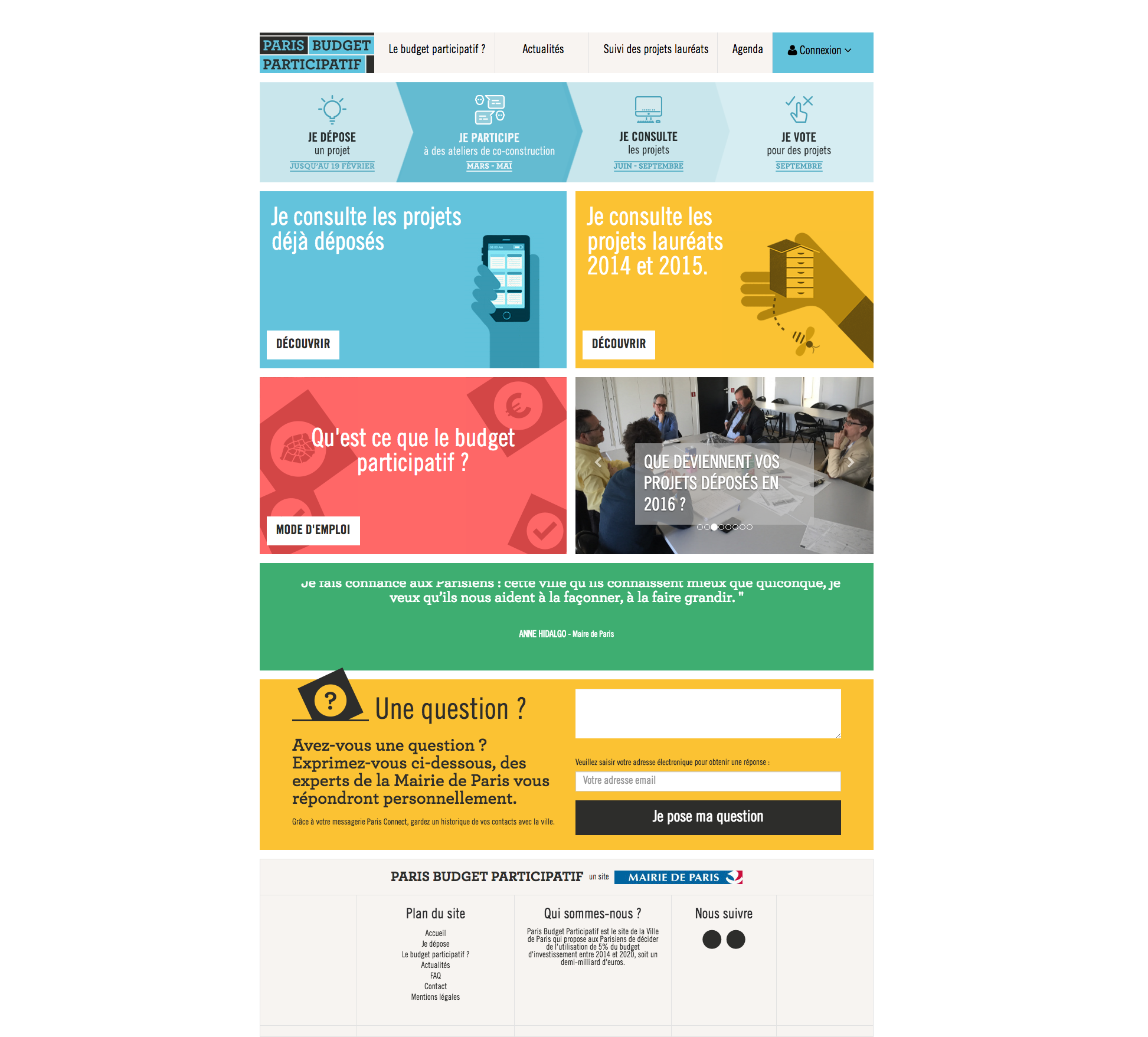 The Parisian platform for participatory budgeting.

Such examples show that the backend is crucial. Participatory budgeting is a complex process with multiple external and internal stakeholders involved. Integrating the demands from this process into the everyday workload of a big public administration is a major challenge that often requires customised internal tools, capable of producing up-to-date and comprehensive information about the status of the participatory budgeting process.

In the case of Paris, the city is implementing one participatory budgeting process for the whole municipality and 20 more processes for each of the districts. Similarly, in Madrid citizens are currently voting their proposals at the city and district levels. However, the lack of centralized data makes the comparison of budgets between administrative regions and different government levels difficult.

OpenBudgets.eu aims to tackle these challenges and improve how citizens and public sector can interact around budget information.